As society advances and develops, the requirements of people are enhanced, the most noticeable is the service requirements in the process of "past birth" of mothers. Because each birth is a time that can be "dangerous" to both mother and child, that is why parents are increasingly concerned. So the concern of expectant mothers is the service and definitely the cost of giving birth at a reputable maternity hospital in Ho Chi Minh City? Let's see….

Cost of bed after giving birth:

Based on the above formula to calculate the cost of birth, parents consider to prepare a reasonable cost. Since this does not include the cost of meals, the meal fee will not be included in the hospital birth fee but depends on each family.

Below will be the cost of giving birth at Hung Vuong hospital for reference, because the cost may change according to the specific adjustment time of the hospital, so to know more specifically about the exact fee in At the time you are watching, please visit the link https://bvhungvuong.vn/danh-cho-benh-nhan/bang-gia-vien-phi-618/ Hospital portal for details.

3 Cost of Childbirth at An Sinh Hospital

The Department of Obstetrics and Gynecology - Center for Women's Health Care - is managed by a team of dedicated, highly qualified doctors and midwives, trained in France and the US. And reputable, experienced, and highly qualified doctors are working at hospitals with obstetric departments in the city. The department has 46 staff members, including 8 doctors, 30 midwives and nurses, 1 medical secretary and 8 midwives.

Cost of Childbirth at An Sinh Hospital

Go back Cost of birth at An Sinh hospital There will certainly be changes from time to time, to be viewed accurately, most specifically, you can visit the link providing specific information about the hospital's price list: http://www.ansinh.com.vn/UploadFiles/FCKUpload/file/BGDV/Bang%20Gia%20DV-BHYT.pdf

In order to increasingly improve the quality of medical examination and treatment, Mekong Maternity Hospital has expanded its area, invested in more modern equipment as well as trained staff in advanced countries.

And below will be the sharing of the cost of giving birth at the Mekong Maternity Hospital, but the cost may change over time, so you need to access the portal that lists the cost of delivery and treatment of the hospital. at the link: http://mekonghospital.vn/index.php/gioi-thieu/gioi-thieu-benh-vien.html

And of course 5-star service, professional quality is also served and cared for by a team of leading medical doctors, famous not only in Vietnam but also in the region. The service packages designed at Hanh Phuc International Hospital are according to Singapore's strict standards.

Childbirth at Hanh Phuc International Hospital (basic) = Cost of delivery (natural delivery or caesarean section) + (Cost of the service room you choose x Number of days in hospital) And of course, this is just the basic cost, so parents should be careful when preparing the budget. And the prices above may change from time to time, so the most specific update is still to immediately visit the hospital's price list page: https://www.hanhphuchospital.com/tham-khao-goi-sinh/

Saigon International Hospital for Obstetrics and Gynecology has launched a "birth package" to help mothers easily choose their birth method. In each package, the Hospital has fully designed the program and is suitable for all mothers. Let's discover together with SIH.

Above are the rates of delivery packages at Saigon International Maternity Hospital updated by Topnlist, and the costs are sure to change over time, so you can visit https://goisinh.sihospital.com.vn/ to be updated with the latest cost information, childbirth prices at the hospital's packages.

The predecessor name of Gia Dinh People's Hospital was Hopital de Gia Dinh Hospital, built by the French and renamed in 1975. With the quality slogan "EXCEPTIONING SAFETY - HAPPINESS SQUARE", Faculty of Sanh always proud of a team of doctors, midwives with a lot of knowledge, experience, high professional qualifications along with the support of specialized specialists at the hospital who have successfully received and supported labor for all. births.

Cost of childbirth at the obstetrics department of Gia Dinh People's Hospital:

Depending on the requirements of the pregnant woman such as vaginal birth or cesarean section, there will be different costs such as:

The costs above are for reference only because they will change over time, so you should visit the link http://bvndgiadinh.org.vn/home/giavienphi/ to update the latest phi level from the hospital.

The cost of giving birth at an American international hospital – AIH

Specific details about the price list of birth services at American international hospitals can be found at https://aih.com.vn/dich-vu-khach-hang-va-bao-hiem/dich-vu-khach-hang/bang-gia-dich-vu-benh-vien-quoc-te-my-aih Latest updates at the time you are viewing.

Above is an article summarizing, sharing to parents about the cost of giving birth at reputable and quality maternity hospitals in Ho Chi Minh City. Surely there will be many other hospitals and will be updated continuously. If you have any comments, reviews about the price list or any specific review about the services of an obstetrics and gynecology hospital, please add it to add more details.

Tran Thuy Tien - Hello everyone, I'm Tien. I graduated Academy of Journalism and Propaganda specialized Department of Sociology. Tien loves to share, exchange and learn with everyone. Connect With Fairy At Twitter - Facebook
Previous What Standard Is Antibacterial Cloth Mask Good For?
NEXT Top 5 A Simple, Easy Baking Book For Those Who Are Passionate 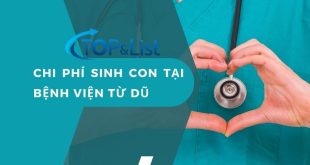 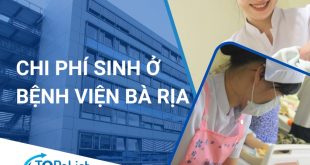 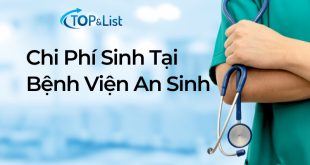 Birth Services At An Sinh Hospital

The Secret to Finding a Prestigious Health Counseling Address